Dan Fogelman net worth and salary: Dan Fogelman is an American television producer and screenwriter who has a net worth of $120 million. Dan has had a highly successful writing and producing career. He has earned the majority of his net worth as the creator of the hit NBC drama "This Is Us", which debuted in 2016.

Dan Fogelman grew up in River Dale, New Jersey. has been married to actress Caitlin Thompson since 2015. He first gained major attention in Hollywood after writing the movie 2006 movie "Cars". He went on to write Fred Claus (2007), Bolt (2008), Tangled (2010), Cars 2 (2011), and Crazy, Stupid, Love (2011). Fogelman wrote for and executive produced the 2012 film The Guilt Trip which was actually based on a road trip he took to Las Vegas with his mother. He wrote the 2013 movie Last Vegas and produced the 2015 film Me and Earl and the Dying Girl. He wrote and directed the 2015 movie Danny Collins. Fogelman wrote, executive produced, and created the television series Like Family, The Neighbors, Galavant, This Is Us, and Pitch. He also wrote and produced the TV series Grandfathered. Fogelman has been nominated for Annie Awards for Best Writing in an Animated Feature Production from Cars in 2007 and Tangled in 2011. His most successful creation to date is the NBC drama This Is Us which premiered in 2016. The show was an enormous smash hit for the network and will eventually earn Fogelman a much larger fortune thanks to future syndication deals and new contracts.

Disney Deal: In May 2019, Dan inked a monumentally lucrative deal with Disney's 20th Century Fox Television. The deal paid a reported $200 million, which includes a five-year $125 million overall deal for his producing services.

Real Estate: In 2016, Dan and his wife – actress Caitlin Thompson – paid $4 million for a home in the LA suburb of Toluca Lake.

In March 2021 they paid a record-setting (for the neighborhood) $17.5 million for a new home in Toluca Lake. Steve Carell and Nancy Wall reside right next door. 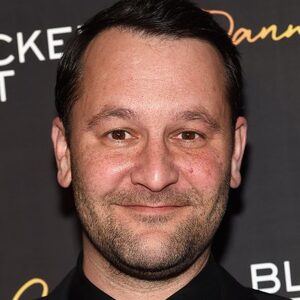