What is Damon Lindelof's Net Worth?

Damon Lindelof is an American television writer and producer who has a net worth of $45 million. Damon Lindelof best known for co-creating and writing for the hit television mystery series "Lost" and "The Leftovers." He is credited as the writer of 35 episodes of "Lost" including the Pilot and the last episode. Damon Lindelof and the "Lost" writers won the 2006 Writers Guild of America (WGA) Award for Best Dramatic Series for their work on the first two seasons of the series. He also created and wrote for the acclaimed superhero miniseries "Watchmen." Among his other credits, Lindelof co-wrote the science-fiction films "Prometheus," "Star Trek Into Darkness," and "Tomorrowland."

Damon Lindelof was born on April 24, 1973 in Englewood, New Jersey to teacher Susan and bank manager David. His mother is Jewish with Polish ancestry, while his father has Swedish, Norwegian, German, and Spanish heritage. For his education, Lindelof went to Teaneck High School, and then to New York University, where he studied film. Following his graduation, he moved to Los Angeles.

Lindelof launched his career as a script reader for Fox, Paramount, and the Ladd Company. In 1999, he began writing for television on the ABC drama series "Wasteland" and the MTV anthology series "Undressed." Subsequently, Lindelof wrote for the CBS police procedural series "Nash Bridges" from 2000 to 2001. Greater success came with the NBC crime drama series "Crossing Jordan," which he wrote for and produced during its first three seasons from 2001 to 2004.

Lindelof achieved his breakthrough in 2004 as the co-creator and co-showrunner of the ABC mystery series "Lost"; he also wrote for the show. The other creators were J. J. Abrams and Jeffrey Lieber, while the other showrunner was Carlton Cuse. The series focuses on a group of strangers who experience strange occurrences after they crash-land on a mysterious island. A massive hit, "Lost" earned numerous awards and nominations over its six-season run through 2010, including an Emmy Award for Outstanding Drama Series. Additionally, Lindelof and the other writers won a Writers Guild of America Award for their work on the show. 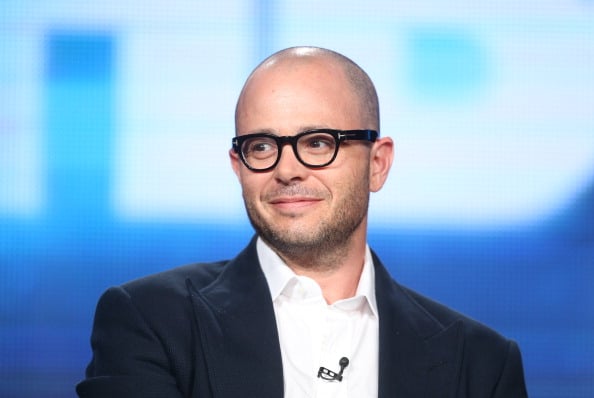 In 2014, a decade after "Lost" premiered, Lindelof had another hit television show with the HBO supernatural drama series "The Leftovers," which he co-created with Tom Perrotta. Based on Perrotta's eponymous novel, the show revolves around the sudden and inexplicable disappearance of 2% of the world's population, and the lives of those most intimately affected by the event. "The Leftovers" ran for three seasons through 2017, earning strong reviews. Following the end of that show, Lindelof created his second hit HBO series, "Watchmen," based on Alan Moore's graphic novel. The highly acclaimed superhero miniseries won two Emmy Awards, including Outstanding Limited Series.

For the big screen, Lindelof had his first major screenwriting credit on the 2011 science-fiction Western film "Cowboys & Aliens," based on the eponymous Scott Mitchell Rosenberg graphic novel. Next, with Jon Spaihts, Lindelof co-wrote Ridley Scott's 2012 science-fiction prequel "Prometheus," the fifth film in the "Alien" franchise. The following year, he co-wrote "Star Trek Into Darkness" with Roberto Orci and Alex Kurtzman, and co-wrote "World War Z" with Matthew Michael Carnahan and Drew Goddard. The latter film, starring Brad Pitt, is based on the Max Brooks novel of the same name.

In 2015, Lindelof co-wrote the science-fiction film "Tomorrowland" with Brad Bird, who directed the film. It stars George Clooney, Hugh Laurie, Britt Robertson, and Raffey Cassidy, among others. Lindelof's next film screenwriting credit wasn't until 2020, when he co-wrote the satirical horror thriller "The Hunt" with Nick Cuse. The film, which follows a cadre of wealthy liberals who kidnap and hunt working-class conservatives, was controversial for its provocative subject matter. It was ambivalently received by critics, and was dropped from theaters early due to the COVID-19 pandemic.

Lindelof has cited many writers, television series, and films as being influential on his work. He is especially fond of author Stephen King, whom he often made allusions to throughout "Lost." Lindelof has also expressed his admiration for the television series "The Wire," "Twin Peaks," and "Battlestar Galactica," among others. Meanwhile, he has listed his favorite films as being "Touch of Evil," "The Shining," "Bambi," "Pulp Fiction," "Raiders of the Lost Ark," and "The Godfather: Part II."

Beyond television and film, Lindelof has also contributed his writing to popular comic books. Notably, he wrote the Marvel Comics miniseries "Ultimate Wolverine vs. Hulk," which began publication in early 2006. Lindelof later wrote the inaugural issue of the DC Comics series "Legends of the Dark Knight (Vol. 2)," which came out in 2012.

In 2005, Lindelof wed Heidi Mary Fugeman. Together, they have one child.