Dallas Austin Net Worth: Dallas Austin is an American songwriter, record producer, guitarist and keyboardist who has a net worth of $35 million. Dallas Austin was born December 29, 1970 in Columbus, Georgia. In 1986, Dallas Austin relocated to Atlanta, Georgia where he played with several bands. He soon delved into the world of record producing and worked his way up to a roster that boasted clients such as Michael Jackson, Janet Jackson, Madonna, Carly Rae Jepsen, TLC, Boyz II Men, Pink, Monica, Gwen Stefani, Deion Sanders, Stacie Orrico, Another Bad Creation, Fishbone, Sugababes, Girls Aloud, Anastacia, Namie Amuro, Kim Zolciak from The Real Housewives of Atlanta, McFly and Lady Gaga. Austin co-wrote and co-produced the will.i.am single T.H.E. (The Hardest Ever). He had initially written the song for another artist, Alex 242, but Jimmy Iovine, upon hearing the song, asked for it to be played for will.i.am, who agreed it should be his first single for his upcoming album. As is common in the world of entertainment, Dallas Austin has experienced his share of legal troubles. In July, 2006, Austin was arrested and held in a United Arab Emirates prison on drug charges. After U.S. Senator Orrin Hatch interceded on Austin's behalf, the UAE consulate in Washington, D.C. placed calls to superstar Lionel Richie for a character reference. Lionel Richie reportedly told the New York Times: "It was, 'Tell me what kind of guy is Dallas Austin.' I said, 'Listen, this is a great guy. He's done a great job for the community. A gangster, a hoodlum, a thug, he's not.'" Austin pleaded guilty in court, apologized for his actions, and was subsequently granted a royal pardon by Dubai's ruler, Sheikh Mohammed bin Rashid Al Maktoum. 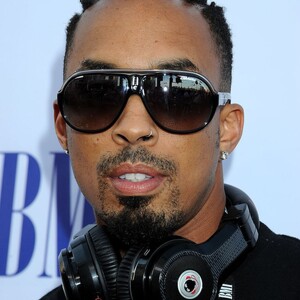