Craig McCracken net worth: Craig McCracken is an American animator, director, producer, and writer who has a net worth of $1 million. Craig McCracken was born in Charleroi, Pennsylvania in March 1971. He created the animated television series The Powerpuff Girls as well as the TV series Foster's Home for Imaginary Friends and Wander Over Years.

McCracken has also worked as a writer and storyboarder for the series Dexter's Laboratory. He created, directed, wrote, and animated the movie Whoopass Stew!. Craig McCracken has also worked in the films Dexter's Laboratory: Ego Trip and The Powerpuff Girls Movie. He has worked on the TV series 2 Stupid Dogs, What a Cartoon!, Dumb and Dumber, Foster's Home for Imaginary Friends, Chowder, Uncle Grandpa, Regular Show, and more. McCracken won a Primetime Emmy Award in 2005 for Outstanding Individual Achievement in Animation and in 2009 for Outstanding Animated Program. He married animator Lauren Faust in 2004. 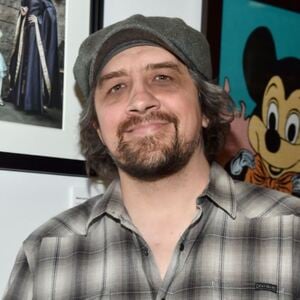