Cory Rooney net worth: Cory Rooney is an American songwriter, record producer, and C.E.O. who has a net worth of $12 million. Cory Rooney is the C.E.O. of Cory Rooney Group and has written, developed, and produced successful songs and careers for artists such as Mary J. Blige, Jennifer Lopez, Mariah Carey, Jessica Simpson, Thalia, Destiny's Child, and Marc Anthony. Rooney's parents were part of the band The Exciters who toured with The Beatles. His father went into production and had a hit with the Isley Brothers "It's Your Thing". As a teenager Cory joined the band The Exciters. Rooney and Prince Markie Dee of the Fat Boys released two solo albums by Dee in the 1990s including the #1 Billboard Rap single "Typical Reasons (Swing My Way)". The two formed the group Soul Convention and were signed by Sony Music. Rooney produced the singles "Real Love" and "Sweet Thing" by Mary J. Blige and "I'll Do 4 U" by Father MC. Rooney served as executive producer on the VH1 series Born to Diva and the MTV series The Shop which is based out of his barber shop in Jamaica, Queens, New York. Rooney has also written or produced songs for Jade, Brian McKnight, R. Kelly, Mandy Moore, Amerie, Santana, Lindsay Lohan, Christina Millian, Tony Braxton, Taylor Hicks, Menudo, Michael Jackson, and Jessie J. 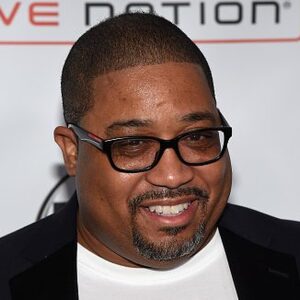