She is known for marrying multiple time Formula One champion Michael Schumacher in 1995. The couple had their first child Gina-Marie Schumacher in 1997 and their first son Mick Schumacher in 1999. Gina-Marie is a professional horse rider and Mick is a formula racing driver. Corinna Schumacher won the European Championship in western style horse riding in 2010. The couple owns horse ranches in Texas and in Switzerland. Tragically, Michael's career was cut short after a skiing accident in December 2013 that left him with a traumatic brain injury. He was in a medically induced coma for six months and has not been seen in public since. Corinna has been his advocate and caretaker ever since. 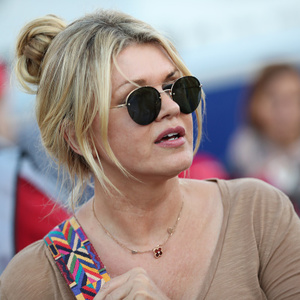