How much is Cool & Dre Worth?

Cool & Dre net worth: Cool & Dre are an American team of record producers who have a combined net worth of $8 million dollars. Prolific producers, Cool & Dre have produced albums or songs for such artists as Queen Latifah, Young Jeezy, Fat Joe and Diddy, Kelis, and Nas, among others. Marcello "Cool" Valenzano and Andre "Dre" Christopher Lyon started their own record label, Epidemic Records, then partnered with Jive Records for the distribution of their first artist, Dirtbag, where the duo continued to fly under the radar of the rap industry for a time before breaking into the industry in 2005 with a run of hit records to include Game's 'Love It or Hate it', Ja Rule's 'New York, New York' and Fat Joe's 'So Much More. The Miami-based duo caught the attention of music industry insiders and soon the two were receiving requests from some of the industry's higher profile rappers. Between 2002 and 2013 alone, the duo has produced over 30 artists, to include an album of their own entitled, The Epidemic Begins Now (Cool & Dre) and such big names as Queen Latifah, Busta Rhymes, Lil Wayne, Gym Class Heroes and Trick Daddy. 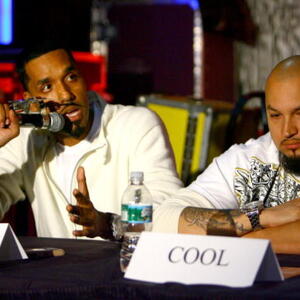