Colby O'Donis net worth: Colby O'Donis is an American singer, guitarist, producer, and actor who has a net worth of $5 million. Colby O'Donis was born in Jackson Heights, Queens, New York in March 1989. He is best known for being featured in the Lady Gaga single "Just Dance".

At three years old Colby performed a Michael Jackson song and won first place in a talent show. His debut studio album Colby O was released in 2008 and reached #14 on the US R&B charts and #41 on the Billboard 200 chart. The album featured the single "What You Got" (feasting Akon) which reached #14 in the US and #8 on the US Pop charts. O'Donis was featured on the Lady Gaga song "Just Dance" which reached #1 in the US, Australia, Canada, Ireland, New Zealand, and the UK. He was also featured on the Akon featuring Kardinal Offishall song "Beautiful" which reached #19 in the US. O'Donis starred in the 2009 film The Pig People and has appeared in episodes of the TV series Grandpa's Garage and Ned's Declassified School Survival Guide. In 2009 he was nominated for a Grammy Award for "Just Dance". 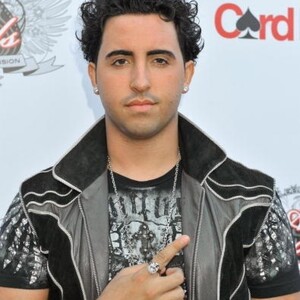