Christopher Young net worth: Christopher Young is an American television and film composer who has a net worth of $8 million. Christopher Young was born in Red Bank, New Jersey in April 1958. He was a jazz drummer before studying under David Raskin at the UCLA Film School. He has gone on to teach at the Thornton School of Music at the University of Southern California.

Christopher Young has composed for many films including Def-Con 4, A Nightmare on Elm Street 2: Freddy's Revenge, Invaders from Mars, Hellraiser, Virtuosity, Copycat, Set It Off, Murder at 1600, Rounders, Urban Legend, The Big Kahuna, Bless the Child, Swordfish, The Glass House, Runaway Jury, The Grudge, Spider-Man 2, The Grudge 2, Ghost Rider, Spider-Man 3, A Madea Christmas, and more. Young was nominated for a Golden Globe Award in 2002 for The Shipping News. He has also been nominated for Primetime Emmy Award for Last Flight Out and Norma Jean & Marilyn and has won many other awards. 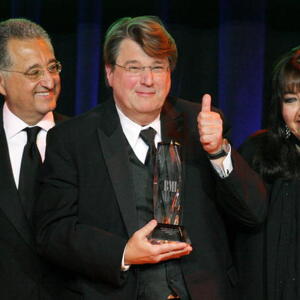