Chris Ivery Net Worth and Salary: Chris Ivery is an American music producer who has a net worth of $70 million. Though it should be noted that this is a combined net worth estimate with his wife Ellen Pompeo. Chris Ivey was born in Cambridge, Massachusetts in 1967. Chris started dating actress and producer Ellen Pompeo in 2003 after they met in a grocery store.

Chris proposed to Ellen with a 3.5 carat diamond engagement ring on her 37th birthday. The couple married in November 2007. New York City mayor Michael Bloomberg was the legal witness to the ceremony. As of this writing the couple have three children, daughters, Stella Luna born in September 2009 and Sienna May born in August 2014 and son Eli Christopher born in 2016. Chris wrote the song "Cheers (Drink to That)" which was featured in an episode of the TV series Smash in 2012. The couple is said to have grown up about 10 miles away from each other and are both big Boston Celtics fans. For some time in their relationship, Ellen and Chris were plagued by divorce rumors and cheating scandals, thought today things seemed to have settled down amicably. 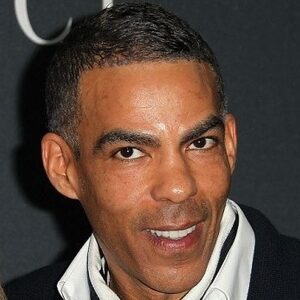