Chris Henchy Net Worth: Chris Henchy is an American film producer, entrepreneur and television writer who has a net worth of $50 million. Chris is a frequent film collaborator with Will Ferrell. He also co-founded the website Funny of Die with Ferrell and two others. Henchy was a co-executive producer of the HBO comedy Entourage which premiered on July 18, 2004.

Chris was born on March 23, 1964 in New York City; in 1982 he graduated from Friendswood High school and then attended the University of New Mexico. Early in his career he wrote for such popular television shows as Spin City and I'm With Her. He wrote the 2012 movie The Campaign which starred Will Ferrell and Zach Galifianakis and was directed by Jay Roach. Henchy has had some small acting roles such as portraying the first homebuyer in the movie Step Brothers and as the policeman in the video short Good Cop Baby Cop in 2007 and in he starred in another video short It's the Ass 'n Balls Show! He is a producer on many of Will Ferrell's movies including  2020's Eurovision Song Contest: The Story of Fire Saga. He also produced the HBO series Eastbound & Down with Ferrell.

Chris has been married to actress Brooke Shields since 2001, and the couple has two daughters. Shields as also starred in a short video film on the comedy video website Funny or Die.

Real Estate: In 1997 Brooke paid $3.25 million for a home in LA's Pacific Palisades neighborhood. After moving to New York full-time, Brooke and her husband began renting this LA house for $25,000 per month. In New York's West Village, they paid $5.5 million for a town home back in 2007. They also own a home in Southhampton which they bought in 2013 for $4.25 million. 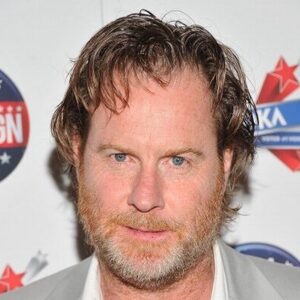