Chris Evans net worth: Chris Evans is an English presenter and producer who has a net worth of $120 million. Chris Evans was born in Warrington, Lancashire, England in April 1966. As a teenager he worked for Piccadilly Radio, Manchester. Evans went on to become a presenter for BBC and Channel 4 and got his break on The Big Breakfast. He was featured on the Radio 1 Breakfast Show as well as TFI Friday. Evans became the highest paid entertainer in the UK in 2000 and in 2017 he was listed as the highest paid presenter for the BBC. Evans began hosting on BBC Radio 2 in 2005 and started hosting The Chris Evans Breakfast Show in 2010. He signed a three-year deal in 2015 to be featured on the series Top Gear, but ended up stepping down after he was asked to leave TFI Friday. From 2009 to 2016 Evans hosted the television series The One Show. He won British Comedy Awards for The Big Breakfast in 1992 and 1993 and for Don't Forget Your Toothbrush in 1994.

Car Collection: Chris owns an extremely valuable collection of cars. This collection alone is worth north of $60 million. His collection includes a McLaren 675LT, a Ferrari 250 GTO that is worth $8 million and was previously owned by the actors James Coburn and Steve McQueen, a Jaguar XK SS, a 1966 Ferrari 275 GTB/6C, the original Chitty Chitty Bang Bang car, a Ferrari 458 Speciale, a Ferrari California, a Ferrari 250 GT Lusso Berlinetta and many more. 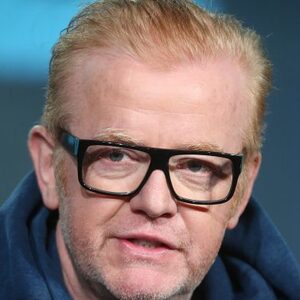