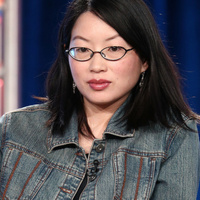 Cherry Chevapravatdumrong Net Worth and salary: Cherry Chevapravatdumrong is an American author and producer who has a net worth of $5 million. Born in Columbus, Ohio, Cherry Chevapravatdumrong studied psychology at Yale University and earned her law degree at New York University Law School. She moved to Los Angeles after graduation in order to focus on her career goals of becoming a writer. She worked on "Listen Up!" before landing a role with "Family Guy" as a co-executive producer. Chevapravatdumrong is the only woman writing and working as an executive producer for the hit show. She has worked on dozens of episodes, and is the writer of more than ten of them, including "Prick Up Your Ears", "Saving Private Brian", "Ocean's Three and a Half", "We Love You, Conrad", "And Then There Were Fewer", "Friends Without Benefits", "Boys Do Cry", and "The Blind Side". She has also worked on "Family Guy Presents Stewie Griffin: The Untold Story" and "Family Guy Presents: It's a Trap". Chevapravatdumrong is the author of several novels, including "She's So Money" and "DupliKate", which she wrote and published under the name Cherry Cheva in 2009. She is also the author of "It takes a Village Idiot, and I Married One", which hit bookshelves in 2007.