Charles Paul Trippy III was born and raised in Florida. He started making videos in 2006 and has taken part in other web series and ongoing vlogs like ShayTards, Prank House, Shoot the Banker, The Elevator Show, Retarded Policeman, PrankvsPrank, YouTubers React and The Annoying Orange. In 2010, Trippy was nominated for a Teen Choice Award, and since 2011 he has been playing bass for a Florida band called, We The Kings; the band have been friends since childhood. His wife, Allison "Alli" Trippy, was born in Atlanta, but like her husband, grew up in Florida. They were married in 2011 and the vlog about their wedding is currently the longest vlog on the CTFxC channel, lasting 34 minutes. The couple appeared in the documentary film, Vlogumentary, which is a 90-minute film that delves into what vlogging is, the rise of YouTube creators, and how vlogging has forever changed the lives of the vloggers and the industry itself. In addition to the wedding, Internet Killed Television also followed Charles through his treatment and surgery for brain cancer. On April 8, 2014 Charles also announced that he and Alli were separating via the video blog. They divorced later that year. 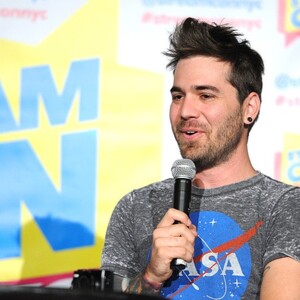