Charles Roven net worth: Charles Roven is an American film producer who has a net worth of $300 million. As of this writing, Charles is the 7th highest-grossing producer in film history. To date his films have grossed more than $8 billion worldwide. That does not include DVD or home video sales. His highest-grossing film, The Dark Knight Rises, grossed $1.084 billion.

Charles Roven was born in August 1949. He is the president and the co-founder of Atlas Entertainment. Roven was married to actress Dawn Steel from 1985 until she passed away in 1997. He remarried to Stephanie Haymes who is the daughter of Dick Haymes and Fran Jeffries. Charles Roven executive produced the television series 12 Monkeys from 2015 to 2017. He has produced several films including Made in U.S.A., Johnny Handsome, Final Analysis, 12 Monkeys, City of Angels, Three Kings, Rollerball, Scooby-Doo, Bulletproof Monk, Scooby-Doo 2: Monsters Unleashed, Kicking & Screaming, Batman Begins, The Brothers Grimm, Idlewild, Get Smart, The Bank Job, The Dark Knight, The International, The Dark Knight Rises, Man of Steel, American Hustle, Batman v Superman: Dawn of Justice, Suicide Squad, Wonder Woman, Justice League, and more. Charles Roven was nominated for an Academy Award in 2014 for Best Motion Picture of the Year for American Hustle. 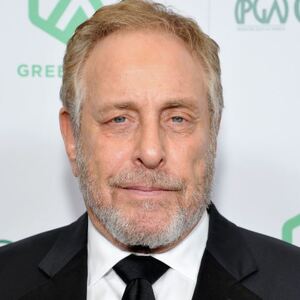