Cameron Mackintosh net worth: Cameron Mackintosh is a British theatrical producer who has a net worth of $1.1 billion. Cameron Mackintosh is probably most famous for his association with many commercially successful musicals. He is the producer of shows such as Les Miserables, The Phantom of the Opera, Mary Poppins, Martin Guerre and Cats. Mackintosh was born on October 17, 1946 in Enfield, London, his mother Diana Gladys (née Tonna), a production secretary, and Ian Robert Mackintosh, a timber merchant and jazz trumpeter. He is of Scottish, Maltese and French descent he was raised in his mother's Roman Catholic faith and educated at Prior Park College in Bath. Cameron's aunt took him to see a matinee performance of Julian Slade musical Salad Days when he was 8 that is when he knew he wanted to become a theatre producer. The New York Times described him as "the most successful, influential and powerful theatrical producer in the world" in 1990. He started his theatre career as a stagehand at the Theatre Royal, Drury Lane in his late teens. Soon he started producing his own small scale tours before becoming a London-based producer in the 1970s. Some of Mackintosh's early London productions included Anything Goes, Side By Side by Sondheim, The Card, My Fair Lady and Tom Foolery. Mackintosh was still very successful in 2010 when he staged a west End revival of the musical Hair at the Gielgud theatre in London, At the new Year's Honors List in 1996 Mackintosh was knighted for his services to musical theatre. Mackintosh was listed as one of the biggest private financial donors to the Labor Party (UK) in 1998. 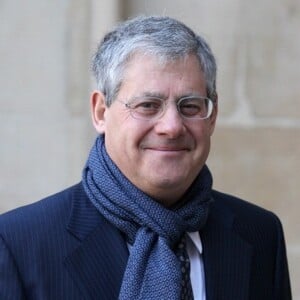