Butch Vig net worth: Butch Vig is an American musician and record producer who has a net worth of $60 million. Butch Vig has earned his net worth as a prolific music producer and drummer of the alternative rock band Garbage. He is probably most famous for being the producer of Nirvana' multi-platinum selling album Nevermind.

Butch was born on August 2, 1955 in Viroqua, Wisconsin. As a kid, he played piano for six years before switching to a $60 drum set. Butch attended the University of Wisconsin and performed with local bands Spooner and Fire Town. He later set up his own recording studio in Madison called Smart Studios where he would eventually contribute to dozens of incredibly successful albums. Butch has been an active member of the music industry since 1978, and his genres include Rock, Alternative and Grunge. He also co-founded and played drums for the band Garbage. Garbage went on to sell more than 17 million records worldwide. Vig produced the featured song on the Twilight Saga: Eclipse (soundtrack) Neutron Star Collision (Love Is Forever) by the English rock band Muse. Vig is married to a former Dream Works A&R executive Beth Halper and they have one daughter named Bo Violet. 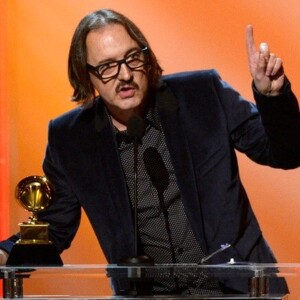