Burt Sugarman net worth: Burt Sugarman is an American television producer who has a net worth of $100 million. That's a combined net worth with his wife Mary Hart. Burt Sugarman is a true legend in the world of TV entertainment. Sugarman is best known for his work as a TV producer whose name has appeared in the credits for shows stretching back to the early 1970s. Some of his notable producing credits include The Richard Pryor Show, The Midnight Special, The Wizard of Odds, The Newlywed Game and Celebrity Sweepstakes. He's also brought his special brand of producing prowess to the world of film, earning producer credits on films like Kiss Me Goodbye and Children of a Lesser God. Most recently, Sugarman can be seen in an infomercial for a video collection entitled The Midnight Special – Legendary Performances along with Kenny Loggins and others. In his personal life, Sugarman is known for his 30+ year marriage to TV host Mary Hart, with whom he has one son. Their son Alec Jay "AJ" Sugarman was born on Christmas Eve in 1991. Before settling down with Mary Hart in 1989, Sugarman was something of a lothario. His most famous conquest was during the 1960s, when he came close to marrying the legendary Ann-Margaret. Burt Sugarman may not be a household name, but anyone with an appreciation for 70s TV would do well to learn it. Burt and Mary can be frequently seen at LA Dodgers games sitting right behind home plate.

Real estate assets: In 2013, Sugarman and Hart paid $3.8 million for a condominium in downtown LA at the Ritz Carlton. They sold the unit in 2018 for for $6.7 million. Also in 2013, the Sugarman-Harts sold an 11,000 square foot house in Beverly Hills for $27 million. In 2015 they paid $8 million for a two-story condo in West Hollywood. In 2016 they paid $4.65 million for a second unit in the same building. They subsequently bought at least two more units in the same building known as the Sierra Towers. In total they have spent $15 million in that one location. In Montana, the couple has long-maintained several properties. They sold a lakefront house there for $5.9 million in 2014. They also own two properties in the exclusive Yellowstone Club, one which was listed for sale for $8 million in 2018 (and was never sold) plus a 160-acre ranch that was listed for sale in 2013 for $23 million. In total, the real estate portfolio that we know about is worth at least $50 million. 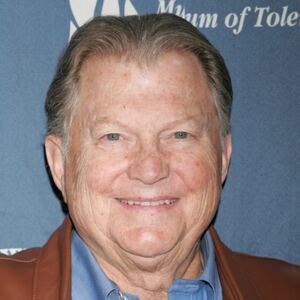