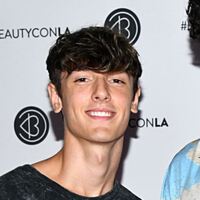 Bryce Hall net worth: Bryce Hall is an American social media personality and musical artist who has a net worth of $2 million. He is best known for his popularity on Instagram.

Bryce Hall was born in Maryland in August 1999. He has more than four million followers on Instagram and more than eight million fans on TikTok. Hall became active on social media in 2014 on Vine. He was featured on the Press Play Tour and is a member of the social group Sway House with Kio Cyr and Josh Richards among others. Bryce Hall briefly dated Elle Danjean in 2019. He has collaborated with Kyle Stewart.