Bruno Heller net worth: Bruno Heller is an English screenwriter, producer, and director who has a net worth of $30 million. Bruno Heller was born in London, England, United Kingdom in 1960. He created the HBO television series Rome as well as the CBS TV series The Mentalist. Heller is also known for producing the series Gotham for FOX.

He has also written for Gotham, The Mentalist, and Rome and served as executive producer. Bruno Heller directed one episode of The Mentalist in 2012. He has also worked on the films Pax and the TV movies The Expendables and The Advocates. Heller was nominated for a Writers Guild of America Award for New Series in 2006 and a BAFTA Award for Best Drama Series in 2008 for Rome. His father Lukas Heller was a screenwriter and his sister Zoe Heller is a writer and columnist. His brother-in-law Lawrence Konner is also a screenwriter. 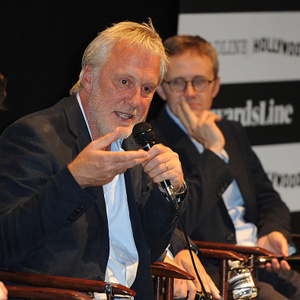