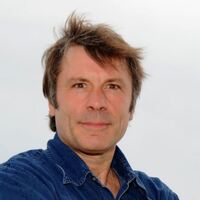 What is Bruce Dickinson's Net Worth?

Bruce Dickinson is an English musician, airline pilot, and broadcaster who has a net worth of $130 million. Dickinson is best known for being the lead singer of Iron Maiden, a position he has held since 1981.

After starting his career performing at small pubs in England, Bruce joined his first metal band in 1979. After joining Iron Maiden two years later, he debuted on their 1982 album "The Number of the Beast." The group became quite successful with Dickinson as their lead singer, selling multiple platinum and gold albums throughout the 80s.

In 1993, Dickinson left Iron Maiden to pursue a solo career. This experimental phase lasted about six years before he rejoined Iron Maiden once again in 1999. The band continues to release music, and they have released five studio albums since Bruce rejoined the group. Dickinson also continued to pursue his solo career during this period, releasing the album "Tyranny of Souls" in 2005.

Outside of music, Bruce is a licensed pilot who once flew for Astraeus Airlines. He also piloted "Ed Force One," the converted charter airplane Iron Maiden used during their world tours. In 2012, he created his own aircraft maintenance and pilot training company called Cardiff Aviation. Bruce also created his own beer company. During the 2000s, Dickinson presented his own radio show. Finally, Bruce is a talented fencer who once competed at an international level.

Paul Bruce Dickinson was born on August 7th of 1958 in Workshop, Nottinghamshire, England. Bruce's father was a mechanic in the British Army, and his parents married as teens. Raised primarily by his grandparents at first, he eventually started living with his parents at the age of six. He then attended a number of private schools, making it difficult for him to make friends.

Some of Dickinson's earliest experiences were listening to the Beatles. His parents eventually started successful businesses – buying and selling properties for a profit or selling second-hand cars. He was bullied when he went to boarding school, and during this time he became attracted to hard rock. During this period, he listened to bands like Deep Purple and Black Sabbath. He also started playing bongo drums for the first time and began singing while attending boarding school.

After returning home to Sheffield in 1976, Bruce enrolled at the King Edward VII School and joined his first band. After being expelled for urinating in the headmaster's dinner, Dickinson started to focus more on music. After graduating from secondary school, Bruce joined the Territorial Army for six months before applying to read history at Queen Mary College in London. During his time in London, he began playing in bands more regularly. Some of his earliest bands included "Speed" and "Shots."

Bruce's music career kicked off in earnest when he joined Samson in 1979. The group had already released a debut album by this point. Dickinson quickly became unimpressed by Samson's hard-partying lifestyle, and he saw his opportunity to move on after witnessing Iron Maiden play for the first time during a concert. However, he remained with Samson for another year, recording two albums with them before the group split up amidst financial difficulties.

In 1981, Dickinson was finally able to audition for Iron Maiden. Impressed with the band's professional approach to music, Bruce quickly won a place in the band and began following their strict routine. Dickinson's first album with the band was "The Number of the Beast," which featured hits like "Run to the Hills." They followed up in 1983 with the massively successful album "Piece of Mind," which featured hits like "Flight of Icarus" and "The Trooper." "Powerslave" came next, which helped the band consolidate their position as one of the world's top metal bands. 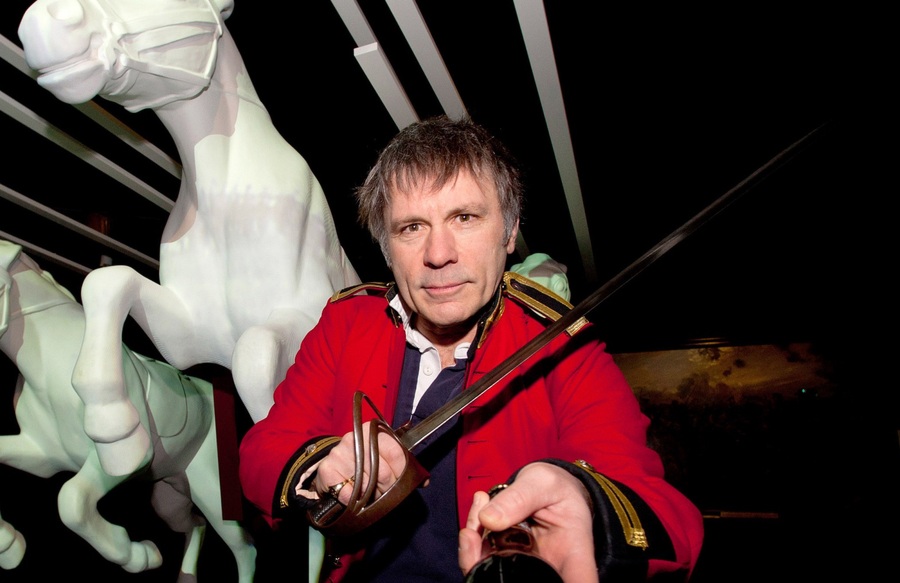 Over the next period, tensions began to rise within the band. Dickinson wanted the band to change and adapt their style, while other members wanted to maintain their current approach. After the Fear of the Dark Tour, Bruce left and focused on his solo career. After a six-year hiatus, Bruce returned to the group. Iron Maiden continues to release albums to this day. Outside of his work with Iron Maiden, Dickinson has released several solo albums, the most notable of which was probably "Tyranny of Souls" in 2005.

After making disparaging comments about Sharon Osbourne's involvement with reality TV shows, Dickinson faced ill treatment at Ozzfest in 2005. Various members of the Osbourne family sabotaged Iron Maiden's performance and even threw eggs at the band.

Dickinson was once ranked in the top seven of all British fencers, and he started his own fencing equipment company called "Duellist." During the 90s, Bruce learned how to fly while living in Florida, earning an airline transport pilot's license. He flew Boeing 757s for a charter airline called Astraeus, a company that eventually went out of business in 2011. Following this, Bruce started his own company called Cardiff Aviation Ltd. The company created many jobs for individuals in Wales. Bruce also famously piloted Iron Maiden's official Boeing 757, known as "Ed Force One" during world tours.

Bruce is also well-known in the entertainment world outside of music, as he has hosted a number of radio shows and made various TV appearances. Bruce has written a number of books as well, including "The Adventures of Lord Iffy Boatrace." In 2013, Iron Maiden collaborated with a Stockport brewery to create Trooper, a new brand of bottled ale. The beer sold 2.5 million pints in 40 different countries as of 2014. Dickinson has stated that he wants to develop more beers in the future.