Brian Robbins net worth and salary: Brian Robbins is an American actor, film director, film producer and television director who has a net worth of $150 million dollars. Brian Robbins first achieved widespread fame for his work on the sitcom, "Head of the Class". He went on to direct and/or produce such projects as "Coach Carter", "All That", "One Tree Hill", and "Sonny with a Chance". Born Brian Levine on November 22, 1963 Brooklyn, New York, he often works with producer Mark Tollin. As an actor, Robbins is best known for his role as Eric Mardian on the ABC sitcom Head of the Class (1986-1991). His other television credits include being the host of the children's version of the TV game show Pictionary in 1989. In the '90s he produced All That and its spin-offs on Nickelodeon. He also produced Smallville and One Tree Hill. His film credits include The Show (1995), Good Burger (1997), Varsity Blues (1999), Ready to Rumble (2000), Hardball (2001), The Perfect Score (2004), The Shaggy Dog (2006), Norbit (2007), Meet Dave (2008) and A Thousand Words (2012). Robbins is married to publicist Laura Cathcart, with whom he has two children, Miles and Justin.

AwesomenessTV: Brian Robbins is the founder of media and entertainment company AwesomenessTV and the YouTube channel aimed at teenagers of the same name. The company is a joint venture between Dreamworks Animation and Verizon Hearst Media. AwesomenessTV reached 1 billion views in January 2013. Today it has more than 90,000 channels from creators around the world and has generated more than 17 billion views with hundreds of millions of subscribers. In 2013, Dreamworks acquired majority control of the company for $33 million in cash. With earnouts, the final valuation topped $100 million.

Nickelodeon job and salary: In October 2018, Brian was tapped to become the new President of Nickelodeon. His salary at Nickelodeon is believed to be around $6 million per year before bonuses.

Brian Robbins Real Estate: In 2015, Brian spent $13.7 million to acquire a large mansion in Brentwood. Though he reportedly loved the house, he hated the traffic especially when he began commuting to Nickelodeon's lot every day across town. Robbins sold the house in 2019 to Coldplay manager Phil Harvey for $15 million and bought himself a new property closer to work for $10 million.

In 2017 Brian spent $12.4 million on a mansion in LA's Hancock Park neighborhood which he proceeded to remodel extensively.

In September 2019 Brian spent $6.98 million to acquire a Santa Barbara residence. The sellers were Ellen Degeneres and Portia de Rossi.

In February 2020, Brian spent $16.8 million on an epic mansion in Beverly Hills. 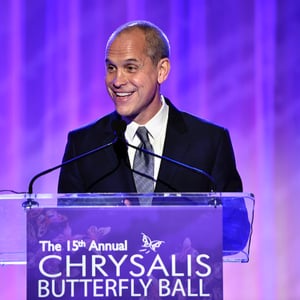