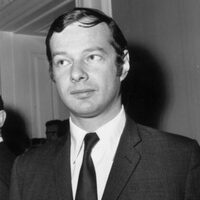 Brian Epstein net worth: Brian Epstein was an English music entrepreneur who had a net worth equal to $10 million at the time of his death. Brian Epstein was born in Liverpool, England in September 1934 and passed away in August 1967. He was best known for managing the rock band The Beatles. Epstein discovered the band in 1961. He was rejected by many recording companies but helped them sign with EMI's Parlophone label in 1962. Epstein handled the band's business affairs and would often serve as a mediator for their personal disputes. The Beatles were known to have rarely read their record contracts as they trusted Epstein so much. He advised the band to create the publishing company Northern Songs and owned 9% compared to Lennon and McCartney owning 20% each. The Beatles were said to start dissolving after Epstein's passing and Paul McCartney referred to him as the fifth Beatle. He also managed Gerry and the Pacemakers, Billy J. Kramer and the Dakotas, The Fourmost, Cilla Black, and The Cyrkle. Brian Epstein passed away on August 27, 1967 at 32 years old from an accidental barbiturate and alcohol overdose.