What is Brian Eno's Net Worth?

Brian Eno is a British musician, composer and record producer who has a net worth of $60 million. Brian Eno is best known for his pioneering contributions to ambient music and electronica. In addition to his work as a solo artist, he has collaborated with such musicians as Harmonia, David Bowie, David Byrne, and Laurie Anderson, and has produced albums by artists such as U2 and Coldplay. Eno has also worked in a range of other media, including film, video, and digital, and has created installations that have been shown around the world.

Brian Eno was born on May 15, 1948 in Melton, Suffolk, England to William and Maria. He has two younger siblings named Roger and Arlette, as well as a half-sister named Rita. As a youth, Eno went to the Catholic independent school St Joseph's College in Ipswich. Following this, he enrolled at the Ipswich School of Art, where he met influential teacher and artist Tom Phillips. Eno went on to attend the Winchester School of Art, graduating in 1969. While in school, he used a tape recorder as an instrument; he also joined his first group, the Black Aces. Also in the 60s, he formed the Merchant Taylor's Simultaneous Cabinet, an avant-garde performance trio. Eno performed briefly in other avant-garde groups such as the Maxwell Demon and Dandelion, and the War Damage.

Eno moved to London in 1969, and began his professional music career with the Scratch Orchestra and the Portsmouth Sinfonia. To make ends meet, he worked as an assistant in advertising at a local paper, and then became an electronics dealer. In 1971, Eno helped form the rock back Roxy Music; he played on the group's first two albums, "Roxy Music" and "For Your Pleasure." Following his departure from the band in 1973, he launched his career as a solo artist with his debut album "Here Come the Warm Jets." Eno followed this with the albums "Taking Tiger Mountain (By Strategy)," "Another Green World," and "Before and After Science."

In the mid 70s, Eno began releasing what he termed "ambient music," a kind of music designed to modulate and reconfigure the listener's perception of their environment. His first ambient music album was 1975's "Discreet Music." Following this, he released his famed "Ambient" series, which includes "Music for Airports," "The Plateaux of Mirror," "Day of Radiance," and "On Land."

Among Eno's other solo albums are "Apollo: Atmospheres and Soundtracks"; "Nerve Net"; "The Shutov Assembly"; "I Dormienti"; "Lightness: Music for the Marble Palace"; "Music for Civic Recovery Centre"; "Another Day on Earth"; "Small Craft on a Milk Sea"; "Lux"; and "Reflection." 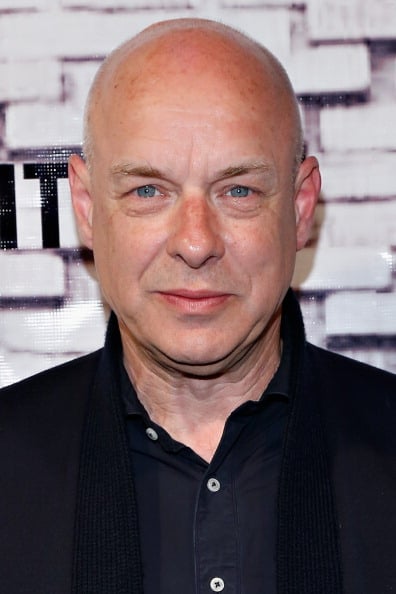 Eno is equally renowned for his collaborations as he is for his solo music. In the 70s, he partnered with guitarist Robert Fripp on the albums "(No Pussyfooting)" and "Evening Star." Later, in the 80s, Eno began a successful partnership with Talking Heads frontman David Byrne; the pair has released such albums as "My Life in the Bush of Ghosts" and "Everything That Happens Will Happen Today." In 2004, Eno reunited with Fripp for the album "The Equatorial Stars," and in 2011, collaborated with poet Rick Holland on the album "Drums Between the Bells."

Among his plethora of other collaborations, Eno contributed instrumentals and vocals to Rachid Taha's albums "Tékitoi" and "Zoom." In 2014, he co-wrote and sang on Damon Albarn's "Heavy Seas of Love," and partnered with Karl Hyde on the albums "Someday World" and "High Life." Eno has also collaborated with such artists as the Gift, Kevin Shields, David Bowie, Nico, Genesis, and his brother Roger.

Eno has had a prolific career as a record producer, and has been heavily in demand since the 70s. He has produced numerous albums by such popular acts as U2, Talking Heads, Ultravox, James, John Cale, Laurie Anderson, and Coldplay.

Beyond music, Eno has worked extensively in video and art installations. His video works have been exhibited around the world. One of his most famous works was "77 Million Paintings," a program of generative video designed for home computers. Eno has also created a myriad of installations that combine sound, light, and artwork to foster immersive, multi-sensory experiences. In 2009, he curated the Luminous Festival at the Sydney Opera House.

Notably, Eno is responsible for creating the six-second start-up sound of the Windows 95 operating system. He also composed exclusive sounds and ringtones for the Nokia 8800 Sirocco Edition cellphone in 2006.

In 1967, at only 18 years of age, Eno married his first wife, Sarah Grenville. They had a daughter named Hannah before eventually divorcing. Later, in 1988, Eno married his manager Anthea Norman-Taylor; together, they have two daughters named Irial and Darla.

Eno has been involved in a number of humanitarian causes. In 1996, he co-founded the Long Now Foundation, which uses the arts to promote more measured, responsible thinking and action to create a better future for all. Also in the 90s, Eno traveled to Bosnia in the aftermath of the war to work with traumatized youth. Along with Edinburgh University professor Nigel Osborne and the organization War Child, he led music therapy projects. 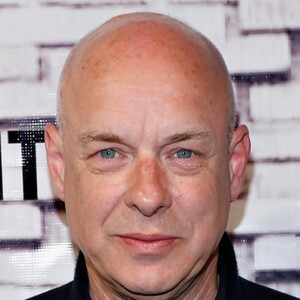