Brett Hudson net worth: Brett Hudson is an American musician, singer, and songwriter who has a net worth of $4 million. Brett Hudson was born in Portland, Oregon in January 1953. He was the junior member of the Hudson Brothers with his brothers Mark and Bill Hudson. The Hudson Brothers formed in 1964 and released their debut studio album Hudson in 1972. They also released the albums Totally Out of Control in 1973, Hollywood Situation in 1974, Ba-Fa in 1975, The Truth About Us in 1978, and Damn Those Kids in 1980. Their single "So You Are a Star" reached #5 in Canada. Brett Hudson went on to become a film producer, writer, and director. He worked on films and TV series including A Current Affair, Cloud 9, The Seventh Python, and Hansel & Gretel Get Baked. He also acted in the movies and TV series Zero to Sixty, Bonkers!, The Love Boat, Hysterical, and more. Brett's brother Bill Hudson is the father of actress Kate Hudson. 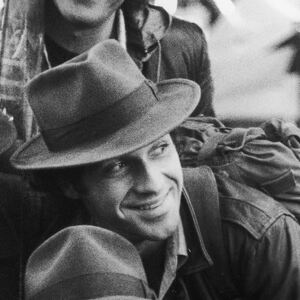