Brent Rivera net worth: Brent Rivera is an American social media personality and actor who has a net worth of $4 million. Brent Rivera is best known for starring as Isaac Salcedo in the television series Light as a Feather starting in 2018. He is also known for writing, producing, directing, and starring in the TV series MrBrent98 from 2016 to 2018. Brent Rivera has also appeared in the film Alexander IRL in 2017 and in the shorts Brent Rivera: Doubt Your Doubts in 2014, Come on #MakeItHappy in 2015, Brent Rivera: Skipping Christmas in 2017, and Brent Rivera: Doin' It Wrong in 2019. He has also appeared in episodes of the TV series My Royal Summer with Brent Rivera, Ben Azelart, Alexis Joy VIP Access, Stokes Twins, How to Survive a Break-Up, and Camp Nick. His YouTube channel MrBrent98 has more than 10 million subscribers and he also has other YouTube channels. 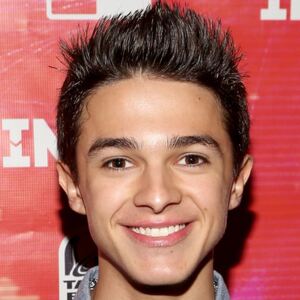