She studied journalism at the University of Georgia and graduated in 1973 After finishing college, she worked as a technical writer for the U.S. Navy, where she wrote speeches, technical manuals and corporate newsletters. In the 1980s, she moved to Los Angeles and began writing for "Sister Kate", an NBC sitcom which aired on NBC in 1989 and lasted one season. After "Sister Kate" finished, she worked as a story editor on the CBS sitcom, "Baghdad Café", featuring Whoopi Goldberg. Hampton has worked on a number of television programs, including, the CBS sitcom, "Lenny", the NBC comedy-drama, "Blossom", and the NBC comedy, "Mad About You". Hampton created, wrote and executive produced the drama series "7th Heaven", which lasted 11 seasons and was nominated for and won a range of awards. In 2008, Hampton's new television show, "The Secret Life of the American Teenager" was released. The show, created, executive produced and written by Hampton, was filmed in Los Angeles by Hampton's production company, Brendavision. It aired on the ABC Family network. When "The Secret Life of the American Teenager" premiered, it became ABC Family's most-watched series premiere. 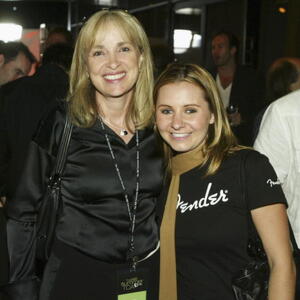