Boi-1da net worth: Boi-1da is a Canadian hip-hop producer who has a net worth of $5 million. Boi-1da was born in Kingston, Jamaica in October 1986. His family moved to Canada when he was three years old and he taught himself how to make beats. Boi-1da won three Battle of the Beatmakers championships in a row and became a judge for the competition.

He first started producing at 18 years old and worked on two tracks on a mixtape for Drake. Boi-1da has produced the #1 hit songs "Best I Ever Had" by Drake, "Forever" by Drake featuring Kanye West, Lil Wayne & Eminem, "Over" by Drake, "Not Afraid" by Eminem, and "Headlines" by Drake. He has also produced hit songs like "Miss Me" by Drake featuring Lil Wayne and "0 to 100" by Drake. Boi-1da has also worked with artists such as Clipse, Jay-Z, The Diplomats, Joe Budden, Nicki Minaj, G-Unit, Nas, Talib Kweli, Kendrick Lamar, and many more. He has been nominated for six Grammy Awards and won an ASCAP Pop Music Award for Songwriters of the Year with Norah "40" Shebibi in 2011 for "Over". 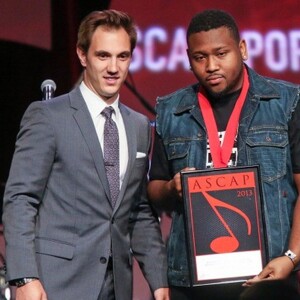