Bob Rock net worth: Bob Rock is a Canadian musician, sound engineer, and record producer who has a net worth of $100 million. Bob Rock was born in Winnipeg, Manitoba, Canada in April 1954. He has produced for bands and artists including Aerosmith, The Tragically Hip, Bon Jovi, The Cult, 311, Motley Crue, Metallica, Bryan Adams, Our Lady Peace, The Offspring, Black Veil Brides, and Michael Buble. As a musician Rock has released four albums with the band Payola$, and one each with the bands Strange Advance, Paul Hyde & The Payola$, Zappacosta, Rock and Hyde and Rockhead. He played on Motley Crue's 1989 album Dr. Feelgood and played bass guitar and wrote for Metallica's 2003 album St. Anger. Rock has also produced, engineered, or mixed for several other artists including Blue Murder, David Lee Roth, Cher, Skid Row, Veruca Salt, Our Lady Peace, Tonic, Joan Jett & the Blackhearts, Gavin Rossdale, The Offspring, Bush, Nelly Furtado, Survivor, and Loverboy. 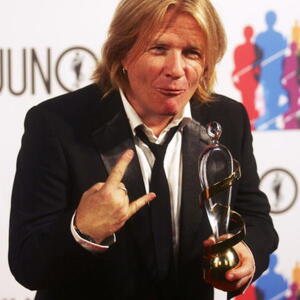