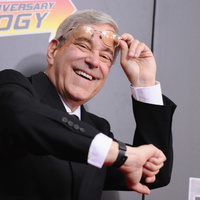 Bob Gale Net Worth: Bob Gale is an American writer, director and producer who has a net worth of $40 million dollars. Bob Gale was born in University City, Missouri, in 1951, and grew up creating and writing his own comic books. He graduated with a bachelor's degree in cinema from the University of Southern California in 1973. While in Los Angeles, he met Robert Zemeckis, who would go on to be his screenwriting partner. The duo have written several movies together, including "Trespass", "1941", "I Wanna Hold Your Hand" and "Used Cars", but perhaps none are quite as famous as the '80s hit "Back to the Future". Gale and Zemeckis earned Oscar nominations for their screenplay, and teamed up against in 1989 and 1990 for "Back to the Future Part II" and "Back to the Future Part III". He and Zemeckis are currently working on a musical adaptation for "Back to the Future", which is expected to debut in 2015 as a tribute to the movie's 30th Anniversary. He and Robert Zemeckis were nicknamed "The Bobs" by director Steven Spielberg. Gale has been active in the comics industry, writing several for Marvel ("Ant-Man's Big Christmas") and DC Comics ("Batman"). He also worked on "Daredevil" and "The Amazing Spider-Man".