After graduating from the College of William & Mary, where he studied English, his first writing job was as a staff writer on the short-lived ABC sitcom Billy. He then briefly wrote for Boy Meets World and The Nanny. In 1996, he wrote for the short-lived sitcom Champs.

In 2001 he created the hit single-camera sitcom Scrubs. The show premiered in 2001 and ran for 9 seasons in total, 7 on NBC and 2 on ABC and received critical acclaim as well as 17 Emmy nominations. Scrubs produced 182 episodes and has been highly successful in syndication.

Lawrence's next project was co-creating the 2002 animated sitcom Clone High for MTV with Phil Lord and Chris Miller. In 2005, Lawrence co-created the failed WB pilot Nobody's Watching with Neil Goldman and Garrett Donovan. Lawrence co-created the single-camera sitcom Cougar Town with Kevin Biegel. The show ran from 2009-2012 on ABC then moved to TBS in 2013. In 2013, Lawrence was involved with three shows which were made into series: Ground Floor, Surviving Jack and Undateable. Additionally, Lawrence went on the road with four cast members from Undateable with a standup tour to promote the show.

Personal Life: Bill has been married to Scrubs actress Christa Miller since 1999. They have three children together and Christa has appeared in many of his shows.

In 2003 they paid $4.5 million for an incredible mansion high up on a Malibu cliff in the Point Dume area. They bought the home from Pat Benatar. They sold the home in 2017 for$21 million.

In 2007 they paid $12.6 million for a six-bedroom home in Los Angeles. The seller was Dallas actress/entrepreneur Victoria Principal. They have tried to sell this home (so far unsuccessfully) a number of times over the years. They last listed in 2013 for $11 million. 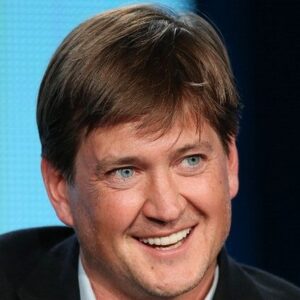