Bill D'Elia net worth: Bill D'Elia is an American screenwriter, producer, director who has a net worth of $20 million. Over a multi-decade career, Bill has directed hundreds of episodes of noteworthy television shows. He produced several seasons of "Chicago Hope", "Ally McBeal" and more. He is the father of comedian Chris D'Elia.

Bill D'Elia was born in Queens, New York. He was a television commercial director in the 1980s. He directed and produced the 1989 film The Feud. D'Elia served as a consulting producer for the television series Chicago Hope from 1996 to 2000. He was an executive producer for the TV series Ally McBeal from 2000 to 2002, Boston Legal from 2004 to 2008, Harry's Law from 2011 to 2012, Monday Mornings in 2013, The Crazy Ones from 2013 to 2014, and How to Get Away with Murder since 2014. D'Elia has also directed episodes of the TV series Law & Order, Doogie Howser, M.D., Reasonable Doubts, Beverly Hills, 90210, Harts of the West, Northern Exposure, Picket Fences, The New Adventures of Superman, Chicago Hope, Ally McBeal, The West Wing, The Practice, Boston Legal, Law & Order: Criminal Intent, Glee, The Mentalist, Harry's Law, Monday Mornings, The Crazy Ones, Grey's Anatomy, and How to Get Away with Murder. D'Elia has been nominated for four Primetime Emmy Awards for Boston Legal, three for Chicago Hope, and one for Ally McBeal. 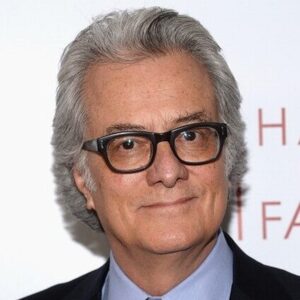