Benny Medina net worth: Benny Medina is an American music producer, record executive and talent manager who has a net worth of $30 million. Benny Medina was born on January 24, 1958 in Los Angeles, California. His mother died when he was young and his father, who was legendary jazz drummer Ahmad 'Benny' Medina, abandoned Benny forcing him to be raised in foster homes. He and his siblings eventually ended up living with an aunt. He dealt drugs as a teenager but turned his life around after meeting a wealthy white friend who invited Benny to move into a refurbished garage at their Beverly Hills mansion. Years later this experience of moving from the streets to Beverly Hills would be the inspiration behind the Will Smith sitcom "The Fresh Prince of Bel Air".

Benny's got his start in the entertainment industry as the lead singer and co-songwriter of the R&B/Disco group, Apollo back in the late 1970s. Medina then went on to become the head A&R for Motown – at the age of just 24. Medina wrote and produced materials for Motown greats like Smokey Robinson, The Temptations, Billy Preston, Teena Marie and Rick James. He then went on to Warner Bros. Records, collaborating with Ray Charles, Babyface, Chaka Khan, Madonna and Fleetwood Mac. Life after Warner Bros. grew from strength to strength, as Medina formed a management and production company, Medina/Pollack Entertainment, alongside long time friend Jeff Pollack. They are the brains behind the films: Booty Call, Above the Rim and Maid in Manhattan. Despite his impressive collaborations with big acts, Medina is best known for launching and managing Jennifer Lopez's career. He also aided Seam Combs with his fragrance and clothing empire. 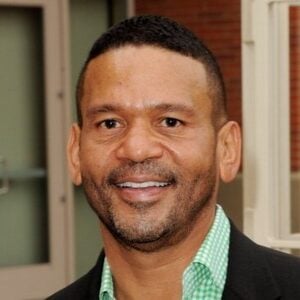