Babbu Maan net worth: Babbu Maan is an Indian singer, songwriter, actor, and film producer who has a net worth of $20 million. He is best known for his work on Punjabi music and films.

Babbu Maan was born in Khant Maanpur, Punjab, India. He released his debut studio album in 1998 and has released 10 albums through 2018. Maan made his debut in Bollywood as a singer and lyricist for the film Khel – No Ordinary Game in 2003. He made his debut in a Hindi/Punjabi film in 2003 when he starred in, produced, and was a singer, lyricist, and music director for the movie Hawayein. Babbu Maan was a singer and lyricist in the films Waagah, Crook, and Saheb, Biwi Aur Gangster. He appeared in and produced the movies Hashar: A Love Story, Ekam – Son of Soil, Hero Hitler in Love, Desi Romeos, Baaz, and more. Babbu Maan starred in the 2018 film Banjara. 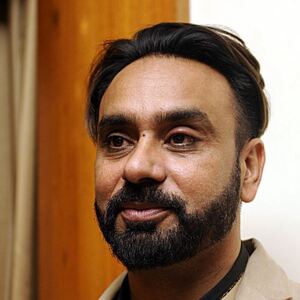