Armando Iannucci net worth: Armando Iannucci is a Scottish writer, television director, radio producer, and satirist who has a net worth of $8 million. Armando Iannucci was born in Glasgow, Scotland, United Kingdom in November 1963. He left his graduate studies to pursue a comedy career and worked on BBC Scotland and BBC Radio 4.

Iannucci worked on the radio show On the Hour and the TV series The Day Today. His other programs include Knowing Me Knowing You with Alana Partridge, I'm Alan Partridge, Armistice, The Armando Iannucci Shows, The Thick of It, Time Trumpet, and more. Iannucci directed the film In the Loop in 2009. He created the HBO television series Veep and served as showrunner from 2012 to 2015. Iannucci wrote and directed the 2017 film The Death of Stalin. He has won 25 awards and was nominated for an Academy Award in 2010 for In the Loop. 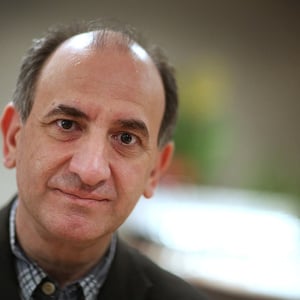