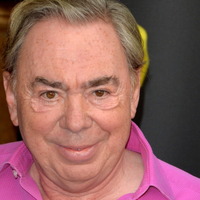 What is Andrew Lloyd Webber's Net Worth?

Lloyd Webber was knighted in 1992, and in 1997, he was made a life peer by Queen Elizabeth II. He also served in the House of Lords as a Conservative member from 1997 to 2017 and is the president of Chiswick's Arts Educational Schools, London. Andrew is an EGOT (Emmy, Grammy, Oscar, Tony) winner, and he owns the Really Useful Group, one of London's largest theatre operators.

In the early 1990s, he established the Andrew Lloyd Webber Foundation, which promotes "the arts, culture and heritage for the public benefit." In 2008, he was ranked the "fifth most powerful person in British culture" by "The Daily Telegraph." Several of Lloyd Webber's musicals have been adapted into films, including "Jesus Christ Superstar," "The Phantom of the Opera," and "Cats," and the 1996 adaptation of "Evita," starring Madonna, won an Academy Award and three Golden Globes. Andrew published his memoir, "Unmasked," in 2018.

Andrew Lloyd Webber was born on March 22, 1948, in Kensington, London, England. His mother, Jean Hermione Johnstone, was a pianist and violinist, and his father, William Lloyd Webber, was an organist and composer. Andrew has a younger brother, Julian, who is an award-winning solo cellist. Lloyd Webber began writing music at just 9 years old, and his Aunt Viola, an actress, often took him to see her in plays, fostering a love of theatre in young Andrew. He attended the Eric Gilder School of Music in 1963, and at the time, he was writing a musical about Genghis Khan called "Westonia!" and had set "Old Possum's Book of Practical Cats" to music. Lloyd Webber later attended Westminster School, where he was a Queen's Scholar, and he enrolled at Magdalen College, Oxford, but dropped out in late 1965 to study musical theatre at the Royal College of Music.


At 17 years old, Lloyd Webber received a letter from Tim Rice, a 21-year-old law student. The letter read: "Dearest Andrew, I've been told you're looking for a 'with it' writer of lyrics for your songs, and as I've been writing pop songs for a while and particularly enjoy writing the lyrics, I wonder if you consider it worth your while meeting me." The two soon began writing the musical "The Likes of Us," which would not be publicly performed until 40 years after it was written. In 1967, family friend Alan Doggett commissioned Andrew and Tim to write something for the Colet Court school choir, and the duo wrote "Joseph and the Amazing Technicolor Dreamcoat," which was later expanded and turned into a 1972 stage musical. They wrote "Jesus Christ Superstar" next, then Lloyd Webber wrote the musical "Jeeves" with lyricist Alan Ayckbourn because Rice wasn't sure he could do the "Jeeves and Wooster" novels justice. "Jeeves" opened in 1975 and only ran for 38 performances, but it was later reworked into 1996's "By Jeeves," which made it to Broadway in 2001.

Andrew and Tim reunited for "Evita," which was released as a 1976 concept album before being performed onstage. The song "Don't Cry for Me Argentina" topped the UK Singles Chart, and the musical premiered in the West End in 1978. "Evita" moved to Broadway in 1979 with Patti LuPone in the lead role.

Andrew followed "Evita" with 1979's "Tell Me on a Sunday," which he wrote with Don Black, and 1981's "Cats," which is based on the poetry of T. S. Eliot. "Cats" went on to become London's longest-running musical, closing after 21 years. It ran on Broadway for 18 years, which was the record until it was broken by "The Phantom of the Opera," which has been running since 1988 (though performances were suspended during the Covid-19 pandemic).

He teamed up with Black again for 1982's "Song and Dance," then wrote 1984's "Starlight Express" with Richard Stilgoe. In 1986, Andrew wrote the Grammy-winning "Requiem," a Requiem Mass he composed for his late father. Also in 1986, Prince Edward commissioned Lloyd Webber and Rice to write a short musical for Queen Elizabeth II's 60th birthday celebration; the musical was called "Cricket," and Andrew later used some of the songs in 1989's "Aspects of Love" and 1993's "Sunset Boulevard." "The Phantom of the Opera" premiered in the West End in 1986, and as of this writing, it is the third longest-running musical in the West End.

Lloyd Webber and Black wrote the song "Amigos Para Siempre — Friends for Life" for the 1992 Barcelona Olympics, and the two wrote "Sunset Boulevard" together, along with Christopher Hampton. The musical was a success on Broadway and won seven Tony Awards. Next came 1998's "Whistle Down the Wind," which was reworked into 2008's "The Boys in the Photograph," followed by 2000's "The Beautiful Game" and 2004's "The Woman in White."

In 2006, Andrew produced a production of "The Sound of Music" and found the lead actress through the reality television competition "How Do You Solve a Problem like Maria?," which he starred on as a judge. In 2010, "The Phantom of the Opera" got a sequel, "Love Never Dies," and Lloyd Webber's next project was a 2011 production of "The Wizard of Oz." He then wrote 2013's "Stephen Ward the Musical" with Black and Hampton and adapted the 2003 Jack Black film "School of Rock" into a 2015 musical. In 2020, Andrew announced that his new musical, "Cinderella," would be opening in the West End in August 2020, but it was postponed because of the Covid-19 pandemic. 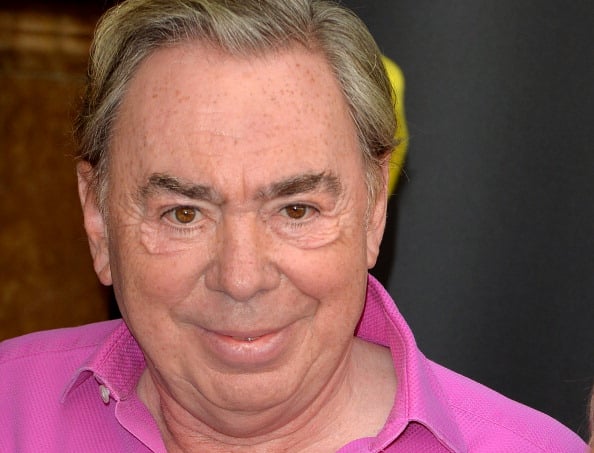 Andrew was married to Sarah Hugill from 1971 to 1983, and they welcomed daughter Imogen on March 31, 1977, and son Nicholas on July 2, 1979. He wed singer Sarah Brightman in 1984, and they divorced six years later; he cast her in several of his musicals, including "The Phantom of the Opera." Lloyd Webber married Madeleine Gurdon in 1991, and they have three children, sons Alastair (born May 3, 1992) and William (born August 24, 1993) and daughter Isabella (born April 30, 1996). In 1992, Andrew and Madeleine established the Watership Down Stud, and in 1996, they bought Kiltinan Castle Stud in Ireland. Lloyd Webber is a supporter of Leyton Orient F.C., and he has an extensive art collection. He was named a Conservative life peer in 1997, and he allowed his song "Take That Look Off Your Face" to be featured in a 2005 promotional film for the U.K. Conservative Party.

In 2009, Andrew was diagnosed with early-stage prostate cancer; he had surgery and later developed a post-operative infection. His prostate was removed, and he announced that he was cancer-free in early 2010. Lloyd Webber was accused of plagiarism by songwriter Ray Repp, the band Pink Floyd, and the Giacomo Puccini estate, but the court ruled against Repp, and Roger Waters said Pink Floyd wasn't interested in taking Andrew to court over his perceived plagiarism of the opening riff of "Echoes." The Puccini estate filed a lawsuit over similarities between "The Music of the Night" and Puccini's "La fanciulla del West," and the two parties settled out of court.

In 1997, Lloyd Webber won an Academy Award for Best Music, Original Song for "You Must Love Me" from "Evita," which also earned him a Golden Globe. He earned a Primetime Emmy for Outstanding Variety Special (Live) for "Jesus Christ Superstar Live in Concert" in 2018, and he has received four Grammys: Best Cast Show Album for "Evita" and "Cats," Best Contemporary Composition for "Requiem," and the Grammy Legend Award (1990). Andrew received the Lifetime Achievement in the Theatre award at the 2018 Tony Awards, and he has also won Best Musical Tonys for "Sunset Boulevard," "The Phantom of the Opera," "Cats," and "Evita" and Best Original Score Tonys for "Sunset Boulevard," "Cats," and "Evita."

The Olivier Awards named "Evita," "Cats," and "The Phantom of the Opera" Best Musical and honored Lloyd Webber with a Society's Special Award (2008) and a Lifetime Achievement Award (2018). Lloyd Webber has received a star on the Hollywood Walk of Fame (1993), Kennedy Center Honors (2006), the Woodrow Wilson Award for Public Service (2008), a Brit Award for Outstanding Contribution to Music (2008), the American Academy of Achievement's Golden Plate Award (2019), and numerous Ivor Novello Awards and Laurence Olivier Awards. He was inducted into the Songwriter's Hall of Fame in 1995 and the American Theatre Hall of Fame in 2009.