What is Andrew Form's net worth?

Andrew Form is an American film and television producer who has a net worth of $30 million. Andrew Form is probably best known for being formerly married to actress Jordana Brewster and currently married to actress Alexandra Daddario. Andrew and Jordana married in 2007. She filed for divorce in July 2020. They have two children together. Andrew and Alexandra married in 2022.

Andrew Form started out as an assistant to Jerry Bruckheimer for the movies The Ref, Bad Boys, Crimson Tide, Dangerous Minds, and The Rock. Through that relationship he was able to produce the video documentary short The Making of "Crimson Tide" in 1995.

Form eventually broke out on his own, co-founding the production company Platinum Dunes along with Bradley Fuller and Michael Bay. Through Platinum Dunes, Form has produced dozens of film and TV projects. Among his notable credits are the 21st-century remakes of "The Amityville Horror," "Friday the 13th," and "A Nightmare on Elm Street." Form has also produced the films in the "Purge," "A Quiet Place," and "Teenage Mutant Ninja Turtles" franchises, and served as an executive producer on such television series as "Black Sails" and "The Last Ship." 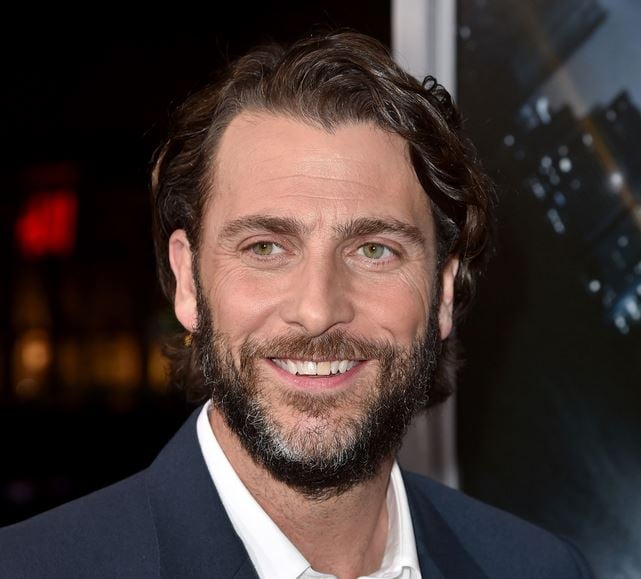 Form's first credit as producer was on the 1995 short documentary film "The Making of 'Crimson Tide'," about the production of the titular movie. Next, in 1997, he produced "Trading Favors." The year after that, Form was a producer on the romantic comedy "Kissing a Fool," starring David Schwimmer, Jason Lee, and Mili Avital, among others. He continued focusing on the comedy genre in 2001 when he produced "The Shrink is In," starring Courteney Cox and David Arquette. Form made the transition to the genre he would become renowned for, horror, in 2003. That year, he served as an executive producer on Marcus Nispel and Scott Kosar's remake of the slasher film "The Texas Chainsaw Massacre." Subsequently, in 2005, Form produced the remake of the supernatural horror film "The Amityville Horror." The following year, he produced "The Texas Chainsaw Massacre: The Beginning," a prequel to the 2003 remake.

Form continued to cement his reputation as a top producer of horror films. In 2007, he produced "The Hitcher," and in 2009 produced "The Unborn," "Horsemen," and the remake of the slasher film "Friday the 13th." Form subsequently produced another remake of a classic slasher, "A Nightmare on Elm Street," in 2010. Three years after that, he produced the dystopian action horror film "The Purge," starring Ethan Hawke and Lena Headey. A huge commercial hit, the film spawned its own franchise, with Form producing its sequels "The Purge: Anarchy," "The Purge: Election Year," "The First Purge," and "The Forever Purge." In other franchises, Form produced "A Quiet Place" and "A Quiet Place Part II," both directed by John Krasinski and starring Emily Blunt, Millicent Simmonds, and Noah Jupe. Form also produced the 2014 supernatural horror film "Ouija" and its 2016 sequel "Ouija: Origin of Evil." His other credits have included films outside the horror genre, including the science-fiction film "Project Almanac" and the superhero films "Teenage Mutant Ninja Turtles" and "Teenage Mutant Ninja Turtles: Out of the Shadows."

In 2006, Form got engaged to actress and model Jordana Brewster, whom he had met on the set of "The Texas Chainsaw Massacre: The Beginning," on which he was an executive producer. The pair married in 2007 in the Bahamas, and later had sons named Julian and Rowan. In 2021, the couple got divorced. Form subsequently began a relationship with actress Alexandra Daddario. They became engaged in December of 2021 and married in June of 2022.

In 2014 Jordana and Andrew paid $4.6 million for a 1-acre property in Los Angeles. They proceeded to demolish the former home on the lot and custom build a 5,600 square-foot mansion mansion. Today this home is worth at least $10 million. Just before buying this new property, they sold their previous home for $3.8 million. They had bought that home in 2011 for $3.4 million. Upon divorcing, Jordana remained in the home and subsequently agreed to pay Andrew $5 million to buyout his share.

In September 2021 Andrew and Alexandra paid $7.3 million for a home in LA's Hancock Park neighborhood. They sold this home in December 2022 for $7.675 million to one of the co-founders of the salad chain Sweetgreen. Here's a video tour: