Alvy Ray Smith earned his Ph.D. In computer science at Stanford University. He joined the Computer Graphics Library at New York Institute of Technology and was a founding member of the Lucasfilm Computer Division. He created the Genesis Demo in The Wrath of Khan. In 1986 he co-founded Pixar with financing from Steve Jobs. Smith cofounded Altamira Software in 1991 and left Pixar. In 1994 he became the Graphics Fellow at Microsoft until he retired in 1999. He wrote and directed the short Andre and Wally B. in 1984 and won two Academy Awards for Scientific and Engineering. 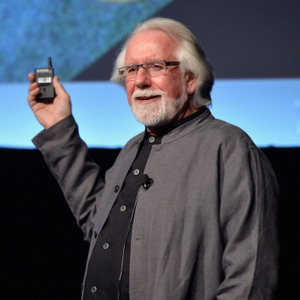