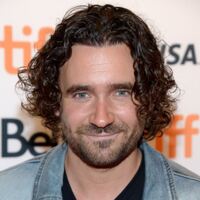 Allan Hawco net worth: Allan Hawco is a Canadian actor and producer who has a net worth of $10 million. Allan Hawco was born in Bell Island, Newfoundland, Canada in July 1977. As an actor he starred as Capt. Mick Graham on the TV mini-series ZOS: Zone of Separation in 2009. One of his best known roles came starring as Jake Doyle on the television series Republic of Doyle from 2010 to 2014. Hawco starred as Solomon Lindon on the TV mini-series The Book of Negroes in 2015. He starred as David Slaney on the TV mini-series Caught in 2018. Hawco began starring as Douglas Brown on the TV series Frontier in 2016. He has also appeared in films and episodes of TV series including Bliss, Making Love in St. Pierre, H2o, Above and Beyond, The Third Eye, Closing the Ring, Love & Savagery, Hyena Road, Weirdos, The Child Remains, and more. Allan Hawco has executed produced the TV series Republic of Doyle, Caught, and Frontier. In 2011 he received the Canadian Film and Television Hall of Fame's Outstanding Achievement Award.