Alec Sulkin Net Worth: Alec Sulkin is an American television writer and producer who has a net worth of $6 million. Alec Sulkin is best known for being the writer and producer of the animated series Family Guy. In 1999 Sulkin was a writer for The Late Late Show with Craig Kilborn. Since 2005 he has been a voice actor, supervising producer, executive producer, co-producer, producer, and writer for the Fox series Family Guy. Sulkin wrote the screenplay for the 2012 movie Ted and also wrote special material for the 2013 Oscars. Alec created the TV series Dads which debuted in 2013. He wrote an episode and served as the show's executive producer for eight episodes. He also was the executive producer and wrote the 2014 movie A Million Ways to Die in the West where he made a cameo. He has also done voices for The Cleveland Show and Cavalcade of Cartoon Comedy. Sulkin was nominated for three Primetime Emmy Awards for Outstanding Animated Program. He previously dated comedian Sarah Silverman. 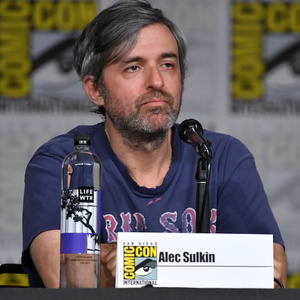