Albert Broccoli net worth: Albert Broccoli was an American film producer who had a net worth of $150 million at the time of his death in 1996. He was best known for directing and producing many James Bond films.

He co-founded Danjaq, LLC and Eon Productions. In 1961, Albert and a partner named Harry Saltzman acquired the rights to produce films based on Ian Flemming's James Bond novels. They soon struck a deal that gave movie studio MGM the exclusive right to produce and distribute their films.

Broccoli and Saltzman produced a number of hugely popular movies including Dr. No, From Russia with Love, Goldfinger, You Only Live Twice, On Her Majesty's Secret Service, Diamond are Forever, Live and Let Die, and The Man and the Golden Gun.

In the mid 1970s, Henry Saltzman sold his rights to MGM. The resulting deal gave MGM and the Broccoli family 50/50 ownership over James Bond. That deal still exists today.

Outside of the "Bond" world, Albert Broccoli produced the films The Red Beret, Fire Down Below, The Trials of Oscar Wilde, Jazz Boat, Call me Bwana, Chitty Chitty Bang Bang, The Spy Who Loved Me, Moonraker, For Your Eyes Only, and Octopussy. He produced the films A View to a Kill, The Living Daylights, and License to Kill with Michael G. Wilson.

Broccoli won an Academy Award in 1982 and received a star on the Hollywood Walk of Fame for Motion Picture at 6910 Hollywood Blvd. 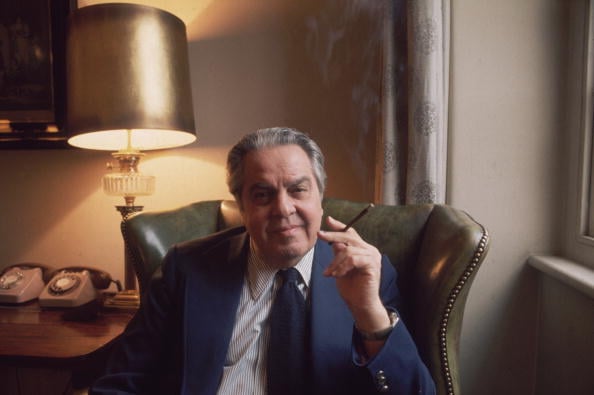 Upon his death, Albert's daughter Barbara and step-son Michael G. Wilson inherited a 50/50 ownership in the family's production business. Before dying, Albert told Barbara and Michael:

"We have the golden egg here. Don't let anybody else screw it up."

Real Estate: From 1969 until his death in 1996, Albert and his wife lived in a lavish 3+ acre Beverly Hills mansion. He bought the house in 1969 for $440,000, which is the same as around $3 million in today's dollars. After his death, Albert's widow Dana lived in the house for several years then leased the house to Diane Keaton. The Broccoli family sold the home to interior designer Kelly Wearstler  and her wealthy husband Brad Korzen in 2004 for $25 million. For a period, Kelly and Brad leased the house for $350,000 per month. In 2016, designer Tom Ford, who coincidentally dressed James Bond actors in several Bond movies, paid $50 million for the house. 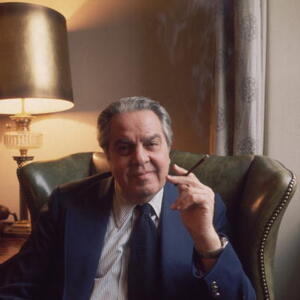