Alan Ball net worth: Alan Ball is an American writer, screenwriter, director and producer who has a net worth of $30 million. Born May 13, 1957 in Marietta, Georgia, Ball is particularly known for writing American Beauty and HBO series True Blood, as well as creating HBO series Six Feet Under. Ball began in television as a writer and story editor for Grace Under Fire and Cybill. His work in television and film has received critical acclaim and numerous nominations and awards, including an Academy Award in 2000 (Best Original Screenplay—American Beauty), a Golden Globe 2000 (Best Screenplay—Motion Picture—American Beauty) and various awards from the Writers, Directors and Producers Guilds. Ball credits the Buddhist faith as influencing his film making and in the shaping of some of the themes within Six Feet Under and True Blood. He left the show True Blood after the fifth season, stating that he felt the show was in very good hands. Ball has been touted as 'a strong voice' for the LGBT (Lesbian, Gay, Bisexual, Transgender community). He is in a relationship with actor Peter Macdissi, who had a recurring role on Six Feet Under as Olivier. 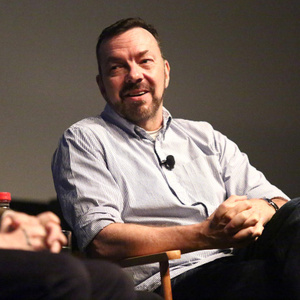