How much is Al Jean Worth?

Al Jean net worth: Al Jean is an American screenwriter and producer who has a net worth of $200 million dollars. Al Jean was born in Detroit, Michigan, and graduated from high school early at age 16. He attended Harvard University, where he earned a B.A. in Mathematics. While at Harvard, he began writing for the Harvard Lampoon, and formed a successful writing partnership with Mike Reiss. National Lampoon hired the pair after they graduated, and they went on to write for television as well, including "The Tonight Show with Johnny Carson" and "It's Garry Shandling's Show". In 1989, they became part of the original writing staff for "The Simpsons", and went on to serve as the program's show runners through the fourth season. He and Reiss then went on to produce their own animated series, "The Critic". The show developed a cult following, but did not find the success of "The Simpsons". Al Jean returned to writing for "The Simpsons" in 1998, and became show runner again in 2001. He also worked on "The Simpsons Movie". He has won a Peabody, an Annie Award, and eight Emmy Awards for his writing work. 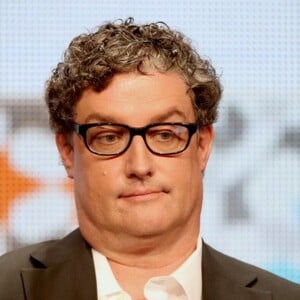