Ahmet Ertegun net worth: Ahmet Ertegun was a Turkish American businessman, songwriter, and philanthropist who had a net worth of $300 million at the time of his death in 2006. Ahmet Ertegun was born in Istanbul, Turkey in July 1923 and passed away in December 2006. He was notable for being the co-founder and President of Atlantic Records.

Ertegun and his co-founder Jerry Wexler sold Atlantic Records to Warner Bros-Seven Arts for $17 million in 1967. That's the equivalent of $130 million after adjusting for inflation. He invested part of his windfall in what would eventually become an extremely valuable collection of modern art. After he died his collection was housed at a museum in Naples, Florida. Ertegun was known for discovering several rock and rhythm and blues musicians and wrote many pop and blues songs. He served as the chairman of the Rock and Roll Hall of Fame and museum and in 2017 he was inducted into the Rhythm & Blues Hall of Fame. Ahmet Ertegun was responsible for helping foster ties between the United States and Turkey and was the chairman of the American Turkish Society for 20 years. He was a co-founder of the North American Soccer League team the New York Cosmos. He was honored as a Living Legend in 2000 by the United States Library of Congress. Ahmet Ertegun passed away on December 2006 at 83 years old. 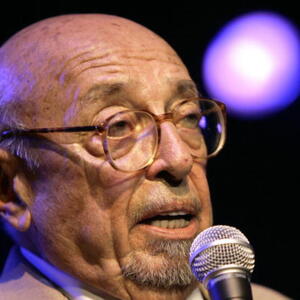