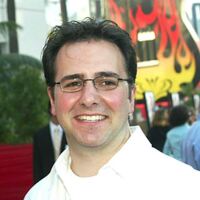 Adam Herz net worth: Adam Herz is an American screenwriter and producer who has a net worth of $20 million dollars. Born September 10, 1972 in Manhattan, New York City, New York, Adam Herz is best known for writing and co-producing the raunchy teen comedy franchise American Pie. The series was originally called East Great Falls High and was written based on his experiences at East Grand Rapids (Michigan) High School, where he graduated in 1991. Herz says it was always his dream to do something in the movie industry. When he took it upon himself to write some speculation shows (unsolicited but as evidence of his talent) for the shows Seinfeld and The Larry Sanders Show, his talent got noticed, but by the time he was finished writing what would become American Pie, he was running out of money. Fortunately, as luck would have it, Herz wrote the American Pie screenplay in three weeks and sold it for $650,000 to Universal. "Some of my best writing comes from pressure," said Herz in a March 2012 interview with media blogger Todd Chance of Michigan. Herz was one was of the guests during the Waterfront Film Festival in Saugatuck (Michigan) in 2001. While Herz had no part in the writing of the final installment of the American Pie series (American Revolution), he was brought on as an executive producer.