Goldberg produced his first play at 15 years old. From 2005 to 2006 he wrote for and co-produced the television series Still Standing. Goldberg was a consulting producer for the TV series Aliens in America from 2007 to 2008. He created the television series Breaking In which he also served as executive producer and writer from 2011 to 2012. Goldberg served as a producer for the TV series Community in 2013. He executive produced the television series Misdirected in 2013. He created the TV series The Goldbergs and has been a writer and executive producer for the series since 2013. Goldberg has also producer or wrote for the movies Fanboys, Aliens in the Attic, How to Train Your Dragon, Daddy Day Camp, The Comebacks, Vamp U, Osombie, The King of Arcades, Mudbloods, New Comic Day, Ghostship Chronicles: Origins, Mythica: A Quest for Heroes, and Finders Keepers. He is portrayed by actor Sean Giambrone in the TV series The Goldbergs. 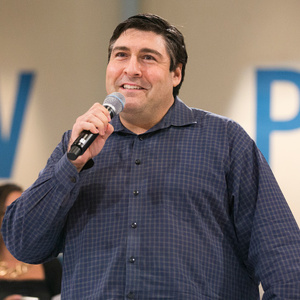