How much is Adam DiVello Worth?

Adam DiVello Net Worth: Adam DiVello is an American television producer who has a net worth of $15 million. Adam DiVello acquired that wealth as a senior production and development executive at MTV Networks; he has his own production company called Done and Done Productions. He created The Hills and The City both television shows. Describing himself as a storyteller, DiVello resigned from his position of senior production and development executive at MTV in 2007 to form his own company, Done and Done Productions. When he first joined MTV in 1997, he started out in the videotape library gradually working his way through the company's various departments, eventually becoming MTV's senior executive. DiVello is the one to earn credits for the creation of the popular reality television series called The Hills (2006-2010), which follows the lifestyle of Laguna's lead character, Lauren Conrad. One year later, he set up his own creation Done and Done Production that currently has a three-year first look development deal with MTV Networks. In 2008, he came up with the idea to create another series called the City, a spin off of The Hills. This show focused on the daily lives of several young women residing in New York City, New York. Even though its premise was originated with Adam DiVello, it was Liz Gateley who served as the executive producer. While he remained to serve as executive producer for The Hills, until it ended in 2010. 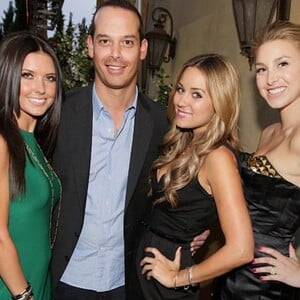