Peter Stringfellow Net Worth: Peter Stringfellow was a British nightclub owner and entertainment tycoon who had a net worth of $5 million at the time of his death. Born in Yorkshire, England, Peter Stringfellow grew up in Sheffield and London. He held multiple jobs after leaving grammar school, including working as a cinema projectionist, steel worker, serving as a member of the Merchant Navy, and working as a salesman. He began running dance nights at his local church, and subsequently opened his own club called the Black Cat Club. He opened a second club, called King Mojo Club in the early 60s, and the venue went on to host such acts as Jimi Hendrix, Stevie Wonder, and Ike and Tina Turner. He began opening more clubs after relocating to London in the 70s, and then began launching additional nightspots in the United States, primarily in New York, Miami, and Los Angeles. Since the early 90s, following bankruptcy, he has shifted the focus of all of his clubs to strip clubs.

Wealth: At his peak, Peter Stringfellow's net worth topped $50 million by most estimates. After two divorces and an extravagant lifestyle, at the time of his death in 2018 his net worth was less than $5 million according to his will. 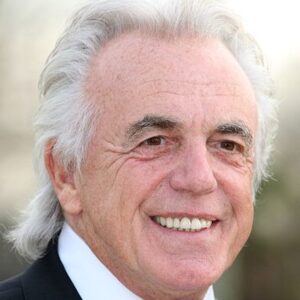