Paul Rosenberg Net Worth: Paul Rosenberg is an American music manager and esquire who has a net worth of $90 million. Paul Rosenberg was born August 1, 1971 in Detroit, Michigan. He is best known for his association with hip-hop and rap artists Eminem, The Knux, DJ AM, pop-punk band Blink-182 and Action Bronson.

Rosenberg is also cofounder (with Eminem) of hip-hop record label Shady Records, founded in 1999, where he serves as President. Rosenberg first became involved with Eminem in 1997 during the recording of The Slim Shady EP and has since been featured in a skit (titled "Paul" except on The Eminem Show, where it was called "Paul Rosenberg") on every album since The Slim Shady LP, with the exception of Recovery and The Marshall Mathers LP 2, as a character concerned with the particular record, advising Eminem on steps to take and often ordering him to "tone down" the lyrics or scrap the album completely. Along with Eminem, Rosenberg co-wrote every skit on the 2009 album Relapse. He is a co-producer for Eminem's hip-hop radio station Shade 45 (Channel 45 on SiriusXM satellite radio). He is currently working with underground rapper The Entertainer and became manager of New York rapper Action Bronson in late 2012. He was instrumental in getting Action Bronson signed to Vice Records and then to his own management firm Goliath Artists, for which he also serves as CEO. On March 23, 2013, Rosenberg announced the latest addition to his management firm as Detroit-based underground rapper Danny Brown. Paul Rosenberg was originally a music attorney. He also served as producer of Eminem's 2002 blockbuster "8 Mile" and 50 Cent's 2005 movie "Get Rich or Die Tryin'". He serves as Member of Board of Advisors of Doppelganger, Inc. as well. 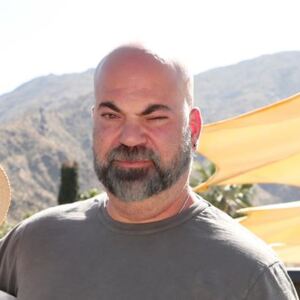