Nik Richie Net Worth: Nik Richie is an American blogger who has a net worth of $10 million. Nik Richie is the founder of controversial gossip site thedirty.com.

Born in Hackensack, New Jersey, in 1979 as Hooman Abedi Karamian. He started the site while living in Scottsdale, Arizona, as a way to keep up with the town's night scene. It later expanded beyond the desert and the site allows users to upload photos and videos of other people, which other users generally comment on. As his site grew, Richie attempted to keep his identity hidden, but a Scottsdale DUI revealed his name publicly. Richie has come under fire for some of the content on his site, with folks alleging it is nothing more than a place to promote cyber bulling. Richie has appeared on several TV shows, including "Dr. Phil", where he defended his site. In a 2011 interview with Anderson Cooper, Richie was confronted by a former NFL cheerleader who was suing him for defamation as a result of content posted on thedirty.com. She would win her defamation suit after a jury trial in 2013; Richie has filed an appeal. Several news stories and celebrity gossip items are credited to the site, including rumors of Kobe Bryant and Ashton Kutcher's affairs. He has been married to former "The Bachelor" winner Shayne Lamas since 2010, with the duo tying the knot on the day they met. They have one child together. 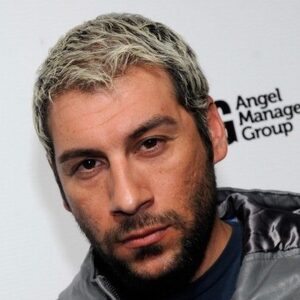